Christ Orphanage Home Ondo is a faith based Non Governmental Organisation with focus on caring for abandoned babies, orphans and motherless children. We work with various institutions including government establishments, private organisations, groups of interested people as well as individuals that are positively inclined towards the realization of the Orphanage’s goal.

All our children are currently attending school at St. Louis Nursery and Primary School Ondo. The home is duely registered and approved by both the Nigerian Corporate Affairs Commission Abuja and also by the Ondo State Government as a qualified organisation to carry out orphanage and other non profit related activities within Nigeria

Current children in the Home,

FORMER CHILDREN IN THE HOME

Watch “THE VISIT OF THE CEO OF WB MULTI CONCEPT SERVICES, FAGUN. ONDO.” on YouTube 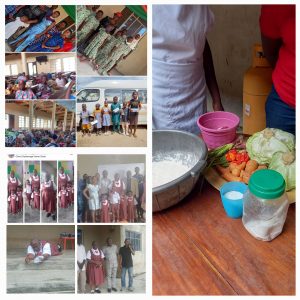 OUR 21ST ANNIVERSARY TO THE GLORY OF GOD ALMIGHTY. AMEN

Watch “THE LAST STAGE OF THE STONE TILES ROOFING I.E GERALD ROOFING OF OUR DEAREST PERMANENT SHELTER.” on YouTube

Live From The Field